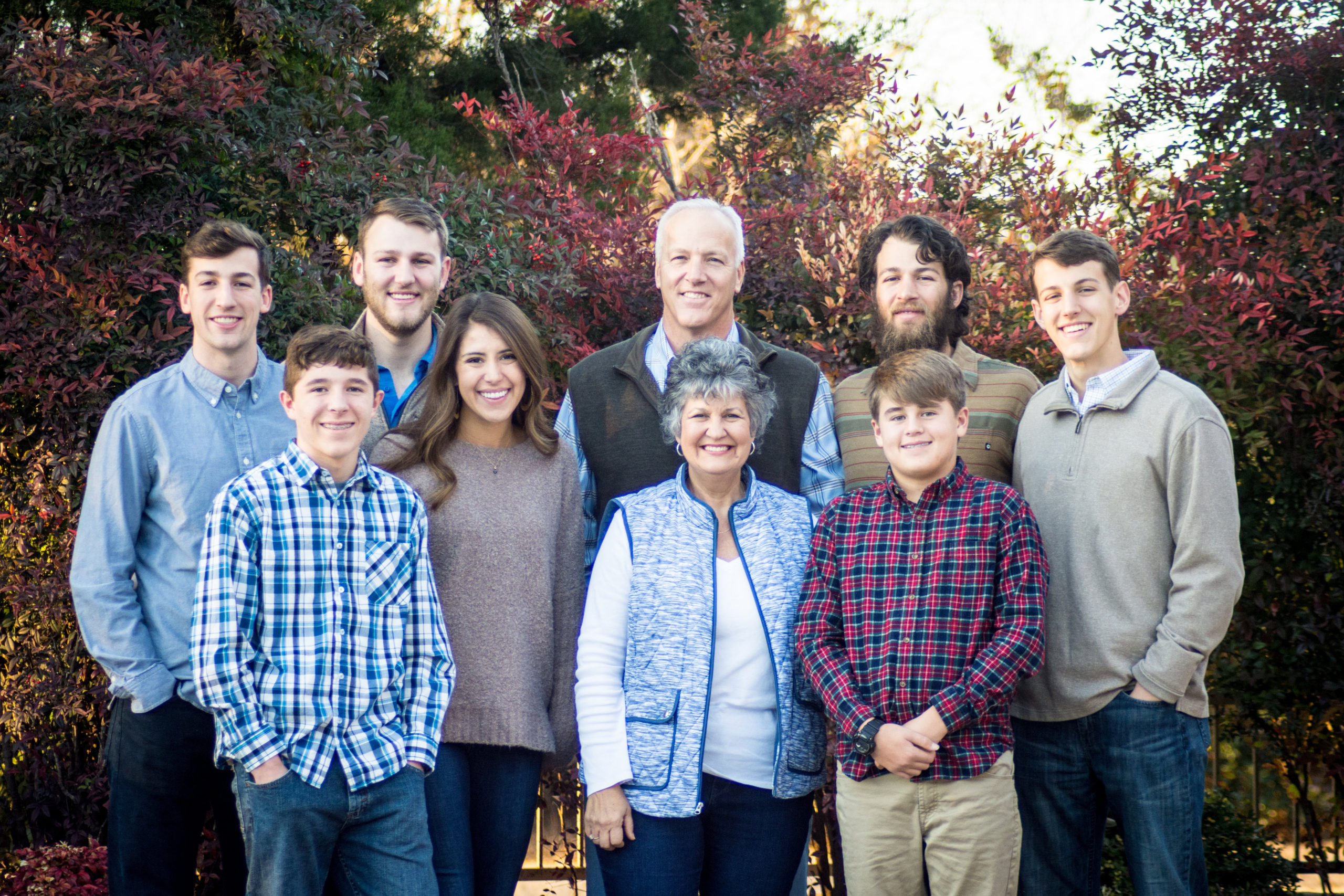 Today is that day when all over the nation, we salute the men who guided and nurtured us – and perhaps are still doing so.

We salute all the dads. Maybe he’s the one who has been with you since birth; maybe he’s a stepdad, uncle or grandfather who has stepped into the dad role; maybe he’s a foster or adopted father.

In that spirit, we sat down for chat with a state leader who has been through joys and trials of two of those forms of fatherhood.

Texas State Representative James Frank of Wichita Falls has put in a lot of time as a father – to six sons! The first four are his biological offspring, now grown, with his wife Alisha. But four years ago, the couple made the decision to foster-to-adopt two more.

Becoming adoptive parents was a huge step for the Franks, regardless of prior parenting experience, and one they did not rush into lightly. But once they did it, Rep. Frank says, it was a rewarding experience that made a huge difference in two boys’ lives … and in James and Alisha’s.

Ultimately, because of Rep. Frank’s position as Chair of the House Committee on Human Services, it could also be an experience that has an impact on public policy. It already has – among many other pieces of legislation, he sponsored a bill in 2017 that changed foster care to a more community-based model.

TexProtects: Tell us about your history with fostering and adopting – what led you to that?

My wife and I have worked with at-risk kids in various capacities in Wichita Falls for 25 years, primarily through church. We led what we called the bus ministry. We used to have 100, 150 kids, and I drove a bus for probably 12 or 13 of those years. That was always an important part of our life and ministry.

This last time, our kids were getting older and we knew if we were going to adopt, we had to do it now. So we started thinking about what’s the right mechanism, and we had some good friends who had started a ministry at our church called Orphans to Grace, working with foster kids.

It was always intended to be straight-up adoption. I had just entered the Legislature, and it seemed adoption would work better than foster, but we had to get trained to foster.

TexProtects: Most people, once they have their own kids, feel that their family is complete. What made you want to expand that?

TexProtects: So it was what you saw in your bus ministry that motivated you?

Following Christ is what drove us to work with at-risk kids, but the bus ministry was the thing that really trained us how to do it.

TexProtects: Tell us how that changed your life, bringing in two children that weren’t your biological children.

With us it wasn’t a huge change, we’d had four boys at once. The huge change is just when you bring in a 9 and 11-year-old and you don’t have their backgrounds. You know their backgrounds on paper, but you don’t know where their soft spots are – their hurts. We knew what the challenges in our [older] boys were because we had seen them.

Just having to deal with stuff you didn’t know. Something would happen and they’d react a lot differently than you’d expect, and you didn’t have the background to know why they’d react that way. It’s like getting an MBA in parenting and you think you’re a good parent, and now you don’t get to know their background, and you have a child who is still has attachment to their parents – their parents are still alive, one’s in jail and one’s on meth – and they have mostly fond memories of them. It’s almost amazing how kids don’t remember the bad stuff. Most kids in the foster care system are not from what you’d call abusive situations – most are from neglectful situations, and kids don’t recognize the bad, they just see the good.

TexProtects: What would you say is the joy of fatherhood, and particularly the joy of these two boys in particular?

TexProtects: That joy, does it take a different form with adopted children or is it the same thing?

It’s the same thing. Once we committed to it, I feel as responsible with these boys as I ever did with my own. Certainly, there’s been less time to develop the knowledge that I need of them, but the joy and the satisfaction and sometimes the frustration are very similar.

TexProtects: What tips do you have for first-time fathers?

Also, enjoy them. Not everything about fatherhood is enjoyable, because a lot of it is sacrifice and tiring, but remember to enjoy them as well, as you’re leading and training and disciplining.

TexProtects: What have you tried to do in your role as a legislator to promote fatherhood involvement?

Most of my work has been around Child Protective Services. It’s very difficult to govern and make people be good fathers. But I do want to make sure we don’t do things to make it harder for fathers to be around.

We need to recognize the positive attributes of encouraging fatherhood and the consequences of not having fathers.  There was a bill to study that last session that didn’t get passed, and hopefully gets passed next session. Anything we can do to keep families intact is something we should do.