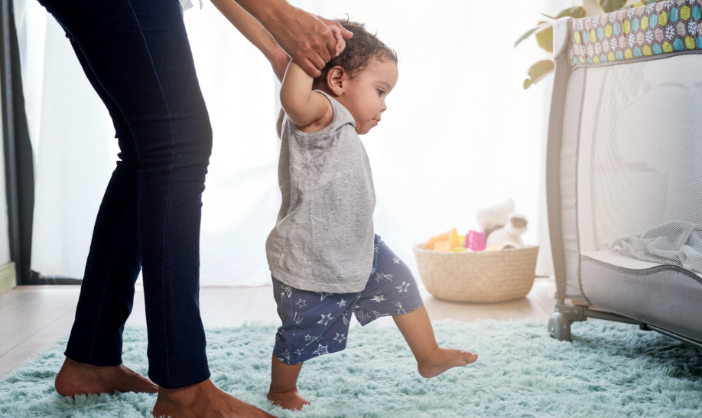 “There are 2.6 million children in the U.S. who are living with extended family, inside or outside the child welfare system because their parents cannot care for them. These families are often called “kinship families” or “grandfamilies.” Strong evidence shows children in grandfamilies thrive, especially when they get the support they need. Yet, grandfamilies across the country are not equitably supported.” – Read more from a new report by Generations United.

TexProtects Takeaway: The annual State of Grandfamilies report by Generations United offers a wealth of information on the benefits of kinship care, the needs of kinship families, and available services and policies for these families. While there are known benefits to keeping children within their own families, this report finds that “for every 1 child being raised by kin in foster care, 18 children are being raised by kin outside of foster care.” One way to combat this inequity is to create parity among grandfamilies and promote financial equity by ensuring these families have access to income support, tangible goods/services, and physical and mental health resources. TexProtects has advocated to better support relative caregivers at every stage of the child welfare process and will continue to push for policy changes during the interim leading up to the Texas 88th Legislative Session.

“True primary [child abuse] prevention, which proactively supports the formation and stability of healthy and thriving families, remains an area of much-needed investment.” – New report from the APHSA on Unlocking the Prevention Services in the FFPSA.

TexProtects Takeaway: This new report by the American Public Human Services Association, Unlocking the “Prevention Services” in the Family First Prevention Services Act,  offers a series of recommendations on making the FFPSA roll-out effective, efficient, and transformational for the child welfare system. Currently, almost four years since the law was implemented, only 17 states have approved Prevention Plans and have started drawing down federal funding for prevention services (Texas is not included). This report offers recommendations such as amending the prevention services clearinghouse requirements to ensure those with lived experience are informing the services and extending the temporary enhanced federal matching of prevention services through 2023 instead of ending with the public health emergency.   In the 87th Texas legislative session, policymakers took steps to implement the FFPSA. HB 3041, by Representative Frank and Senator Kolkhorst, was passed and requires DFPS to create FFPSA pilot prevention programs in two areas of the state focused on children at imminent risk of being removed from their home and placed into conservatorship of the department. Families who participate in these pilot programs will be monitored, and parameters will be in place to ensure that CPS is not involved any longer than necessary. While the location of the pilots and the evidence-based prevention programs have not yet been announced, we are excited about this important step in the implementation of FFPSA in Texas.

While we are disappointed in the defunding of the Office of Minority Health, Statistics, and Engagement, we are grateful for the continued efforts on the part of DFPS to reduce disparities and are excited for the latest announcement of the new disproportionality manager.

The recently released DFPS Disproportionality Report for FY 2020 highlights these continued efforts by DFPS, but unfortunately, the data suggests we have not made large strides in addressing disparities and disproportionalities in the Texas child welfare system.  A few important takeaways from the report:

We agree with and support DFPS’ plans for future analysis and recommendations contained in this report. Specifically, we are encouraged by the recommendation for DFPS to “collect better data on income due to the disproportionate number of families of color living in poverty and track these trends.” While we know that living in poverty can be a risk factor for neglect, poverty itself does not equal child neglect. We must work together across systems to ensure families have access to community-level prevention services and support when they need them the most.

*Data and takeaways from the DFPS Disproportionality Report FY 2020.

Get the latest news, reports, and action items delivered right to your inbox here.

Do you ever wonder what it looks like to be a political social worker? Kerrie Judice joins us to discusses her social work background, her current role as a CPS Research and Policy Analyst for TexProtects, and her thoughts on social work and politics.

Kerrie is a Licensed Master Social Worker and is the CPS Research and Policy Analyst for TexProtects. During the interview, Kerrie describes her background in social work practice, expressing her passion for advocating for Texas’ most vulnerable youth. She worked directly with children in the foster care system for 8 years; researched restorative justice practices to divert youth from the juvenile justice system; served as a policy analyst in the Texas Senate. She is now advocating for policies that will positively impact children and families in the CPS system.

TexProtects is a nonprofit, nonpartisan advocacy group that advocates for children in the CPS system, working all along the prevention spectrum. Kerrie does a deep dive into a day in the life of a social worker in advocacy, discussing what it looks like to work as a Research and Policy Analyst. Come find out how her history in micro social work practice helps her to be a better macro social worker.

The Social Work Amplified Podcast is hosted by SPEAK. SPEAK stands for Social Policy, Education, Advocacy, and Knowledge. SPEAK’s mission is to amplify the voices of social workers in politics and social policy by providing resources, increasing students’ political engagement and facilitating networking opportunities. SPEAK would like to gratefully acknowledge the generous support of the Simmons Sister Fund at Texas Women’s Foundation.

Check out the other podcast episodes in the Social Work Amplified playlist! https://youtube.com/playlist?list=PLg…

The Texas foster care system has too many problems to detail in just a short TV interview. But for a taste of how bad it is, Good Day talks to Kerrie Judice with the children’s advocacy group TexProtects. She said there are too many foster kids and not enough foster homes, which leaves children sleeping in hotels and CPS offices, as well as places that are called dangerous. 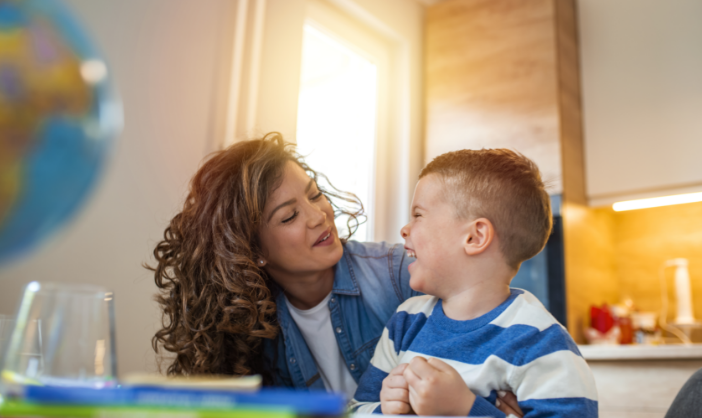 A new report released by the US Chamber of Commerce Foundation found that childcare issues in our state result in a loss of $9.39 billion on Texas’s economy annually!

TexProtects Takeaway: A new report released by the US Chamber of Commerce Foundation found that childcare issues in Texas result in an estimated annual loss of $9.39 billion annually to the Texas economy! For more data points on Texas and to read about the implications of barriers to accessing child care, check out the full report.  As more families move to Texas for job opportunities and Texans increasingly go back to work, access to high-quality child care will be a necessity.

A recent Chapin Hall study of CA foster youth found that rates of college enrollment and degree attainment among youth who have aged out are increasing. Go here to find out how Tx is supporting foster youth as they prepare to enter adulthood.

TexProtects Takeaway: A recent Chapin Hall study of California foster youth found that a majority of youth were enrolled in college and almost 10% had attained a 2- or 4-year college degree by age 23. These rates of enrollment and degree attainment are generally higher than previous studies of transition-aged youth, and “maybe a result, at least in part, of the investments made in the past two decades in California aimed at increasing college access and persistence for foster youth (for example, extended foster care, ETVs, campus-based support programs, community college tuition fee waivers).” Texas has also made recent strides in supporting older foster youth and ensuring they are prepared to enter into adulthood.

An estimated 1,200 youth in Texas age out of foster care each year. Much older youth who age out are not adequately prepared for adulthood and often face challenges with obtaining a driver’s license, maintaining employment, securing consistent housing, following through on education and maintaining healthcare coverage. As a result, they are more likely to experience homelessness and have untreated mental or physical health issues. The passing of HB 700, passed during the Texas 87th Regular Session, will help to remove barriers and provide supports that can best ensure these young adults have every opportunity to succeed. HB 700, championed by Reps Jarvis Johnson, James Frank, Ray Lopez and Senator Judith Zaffirini, ensures foster youth who complete Preparation for Adult Living classes are eligible to receive college credit, helping them to lock in their tuition and fee waiver for state colleges. Hopefully, this policy change will support more transition-aged youth in continuing their education.

The passage of Build Back Better would mean increased access to preventive services for our youngest Texans, saving lives and dollars in downstream costs for the state. The Hunt Institute has created a helpful guide to understand the transformational policies included in BBB. Check it out!

Get the latest news, reports, and action items delivered right to your inbox, here.